BBC Pundit Micah Richards has revealed that Manchester City legend Sergio Aguero was the worst trainer at the club while he was a Manchester City player and that the little Argentine genius won’t even tie up his boots during training. 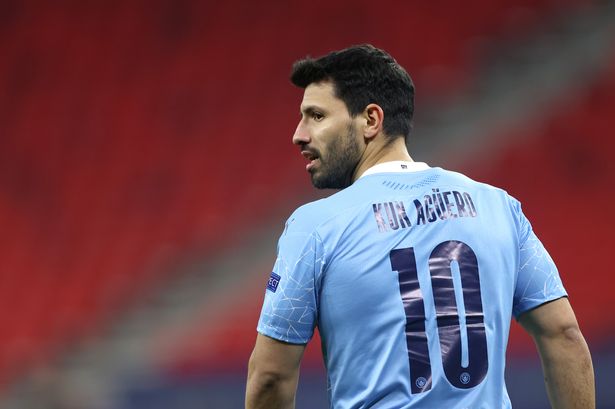 Premier League champions Manchester City signed Aguero in the summer of 2011. They paid around £35m to sign him from Spanish club Atletico Madrid. A lot of the big boys had him on their radar but it was City who took a chance on the Argentine international when Chelsea passed up the opportunity to sign him. Aguero would go on to become the all-time highest goalscorer at City in his ten years at the club.

Aguero was labelled the worst trainer in the history of training by Richards and that he has a laidback attitude. Richards said the only other time he was in awe of a signing apart from when Aguero joined him and the other players at City in 2011 was when the club signed Brazilian player Robinho three years earlier.

Football pundit Richards said he first thought Aguero was sensational until the striker started to train in a lackadaisical manner thus leading him to doubt his abilities as a footballer. Aguerowould prove him wrong with his debut. The Argentine striker scored on his Manchester City debut against Welsh team Swansea City on Monday night. He won the Premier League title in his debut season for Manchester City with the last kick of the season via the 3-2 win at home to Queens Park Rangers (QPR).